Is it perfect? Well, probably not, but it was still really fun to make.

Amazon, Microsoft, and Google all with major acquisitions and/or expansions 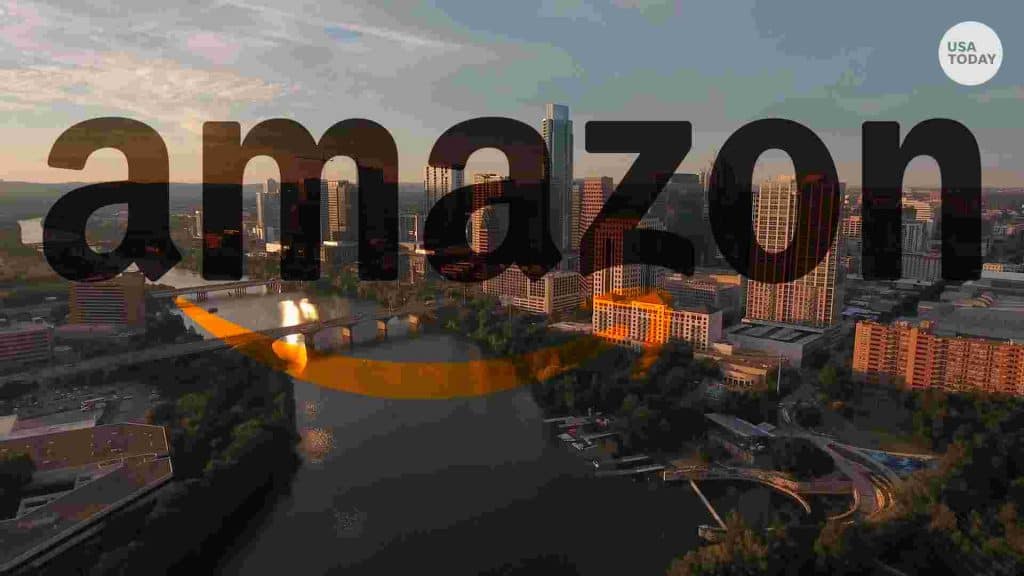 As if these three didn’t already own enough our lives and the world, they all went and got bigger.

Amazon unveils plans for Amazon H2 and people aren’t exactly stoked about their choices. Particularly their location in New York has had a lot of negative attention since their announcement.

Microsoft acquired GitHub and in so doing has taken part in one of the biggest acquisitions of all time. It’s safe to say that they’re doing alright.

Google released a ton of very successful products. The Pixel has become one of the best phones on the market, their Home Hub, Slate, Cromebook, have all becoming industry leading products. Oh, and they gave all of their interfaces, like Gmail and Chrome, major upgrades.

Yes, trillion…with a “T”! That’s 12 zeros for those who are counting 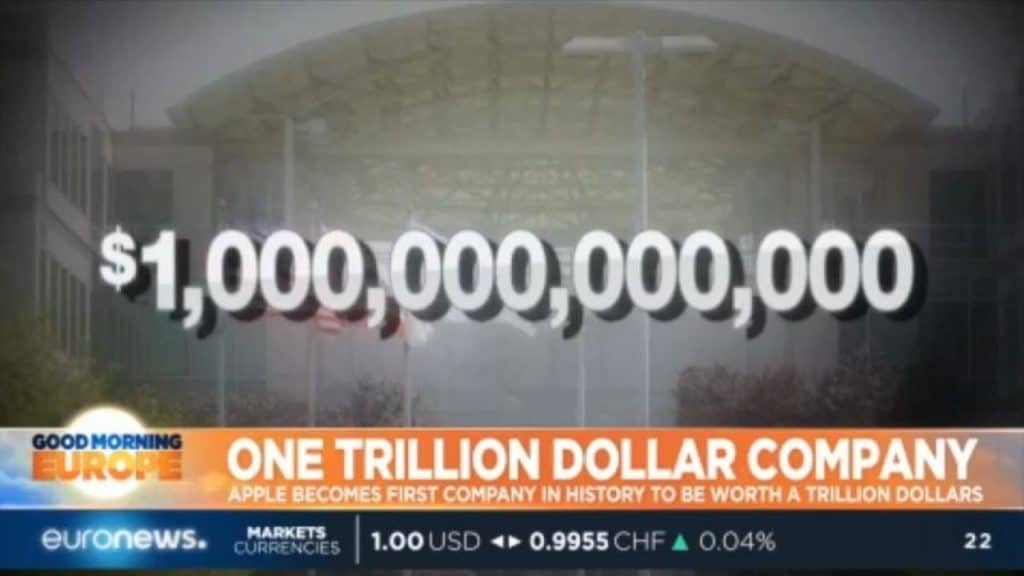 This year Apple has surpassed a new level of massive by becoming the first US business to be valued over $1 trillion. That’s like 6.25 Jeff Bezos’ rich! It doesn’t really come as much of a shock that Apple is this big considering the fact that Apple has somehow convinced millions of people to buy a brand new $1,000+ phone every year, but still. Let this be a lesson to all entrepreneurs who are starting out in their garages, that you too can be 6.25 Jeff Bezos’ rich if you are a business genius and can continually develop groundbreaking products. Easy.

#8 Driverless Cars Are Not Quite Ready Yet 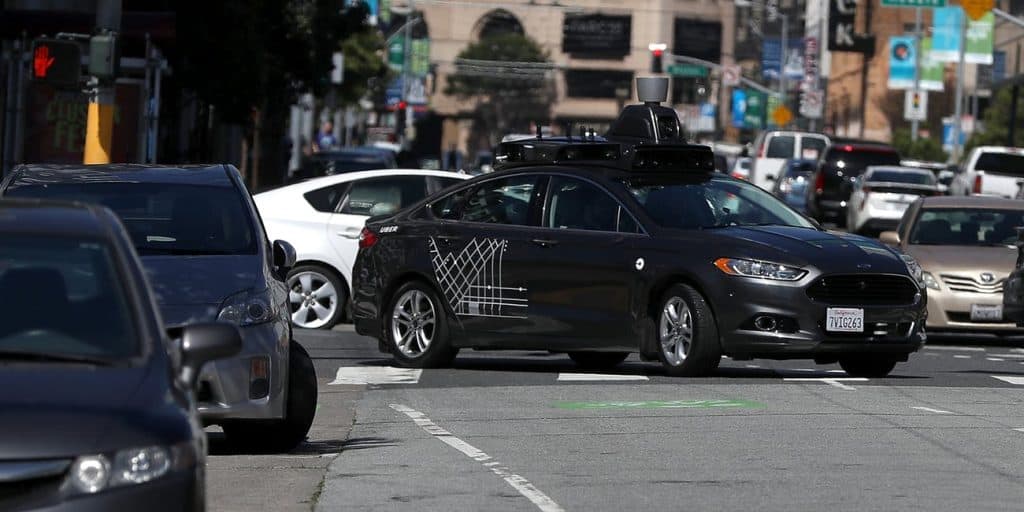 I think I speak for a lot of people when I say that I wouldn’t trust an autonomous car quite yet. However, it’s still pretty crazy the progress that autonomous cars have made in recent years. In 2018 it seemed for a while that they were going to be a reality very soon, and then a fatal crash happened. Uber had an autonomous car that was involved in a fatal accident and that has seemed to put the breaks on the hype for now. The reality is that autonomous cars are going to be a reality very soon. So, if your main ambition in life is to be a professional Uber driver, you may want to plan some backup career options.

Finally, you won’t get in trouble for slipping a can of pork and beans into your backpack 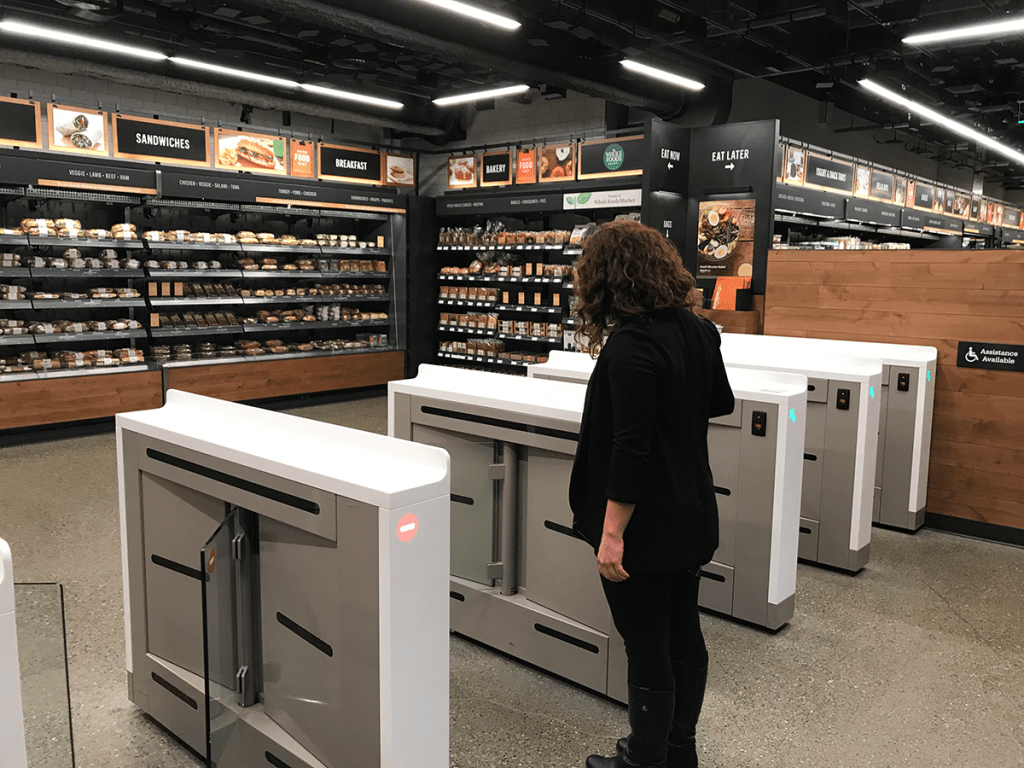 Alright, so this one is pretty legit. It’s been a while since Amazon first announced their plans for those automated grocery stores, but 2018 is when they officially opened their first. And it worked! It’s called Amazon Go and there are no lines and no cashiers or registers at all. In fact, you don’t even need to bring your wallet with you when you shop! The store uses a system of cameras and sensors to see which items customers ultimately walk out with, and they are billed for those items through their Amazon account. A lot of people are excited about this, but a lot are angry. This is another example of one of these superpower companies threatening hundreds and thousands of other stores, companies, and businesses well being. At the end of the day, progress is good, and progress will help people. Or will it?

We are all finally getting personal assistants to make our lame phone calls for us! 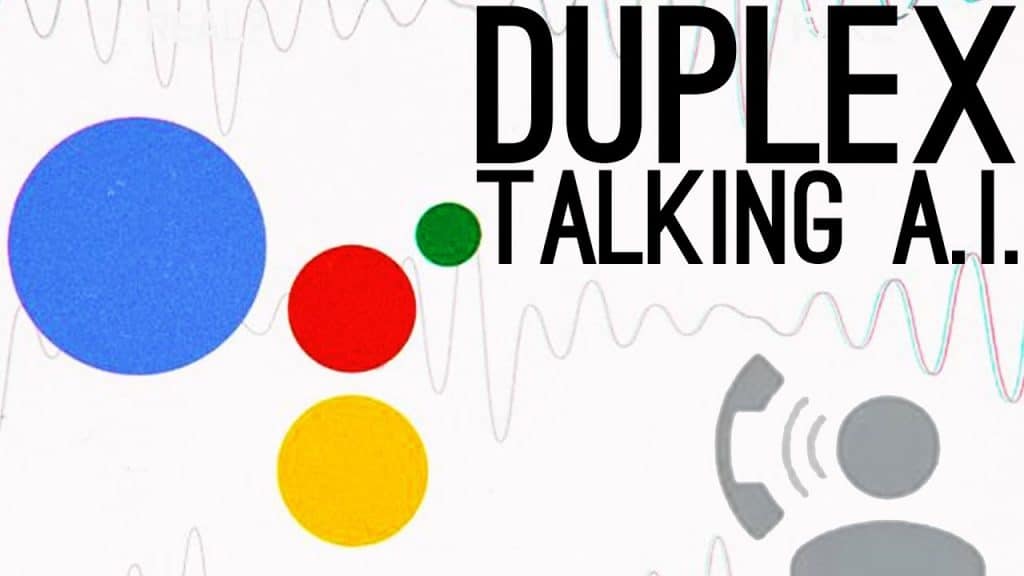 It was pretty hilarious to listen to those phone calls made by Google Duplex during their presentation. It did a better job than a lot of normal people would have done trying to make an order with that restaurant worker who didn’t speak the best English. For those who didn’t see Google’s presentation, you need to go check it out here ASAP. We as a society are finally getting to the point where AI has the ability to appear human to humans.

Throughout the examples that Google showed, all of the people assumed that Duplex was a real person. Now, they’re still in the early stages of this kind of technology, and what they didn’t show are the probably thousands of failed tests, but still. It brings up the concern of when is AI too real? Should there be some kind of legal requirement that an AI identify themselves when making calls like this? Or the real question, how do we make sure that we don’t find ourselves in an iRobot scenario.

In the meantime, we can take courage knowing that we’ll have one more way available to avoid human interaction. 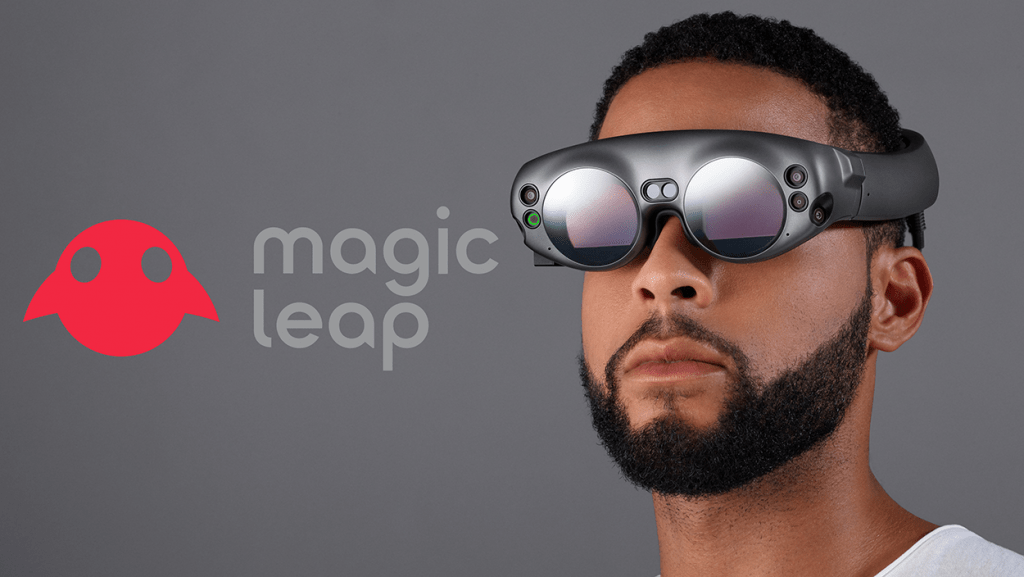 Virtual reality and augmented reality have really been a clunky experience so far. A freaking cool, trippy experience, but still clunky. For example, up until this year, most VR/AR systems have had tons of cords, heavy headsets, required expensive gaming computers etc. It’s still been incredible to see what has been accomplished and become available so far. Well, in 2018 AR and VR has made some huge jumps! The biggest one has been the success of wireless standalone setups. Thins like the Oculus Go and Magic Leap have started to make VR/AR more of a reality.

Still, I’m sure in 20 years we’ll all look back and laugh at how ridiculous we looked with those massive headsets on. But until then you can find me alone in my room playing Beat Saber for days. 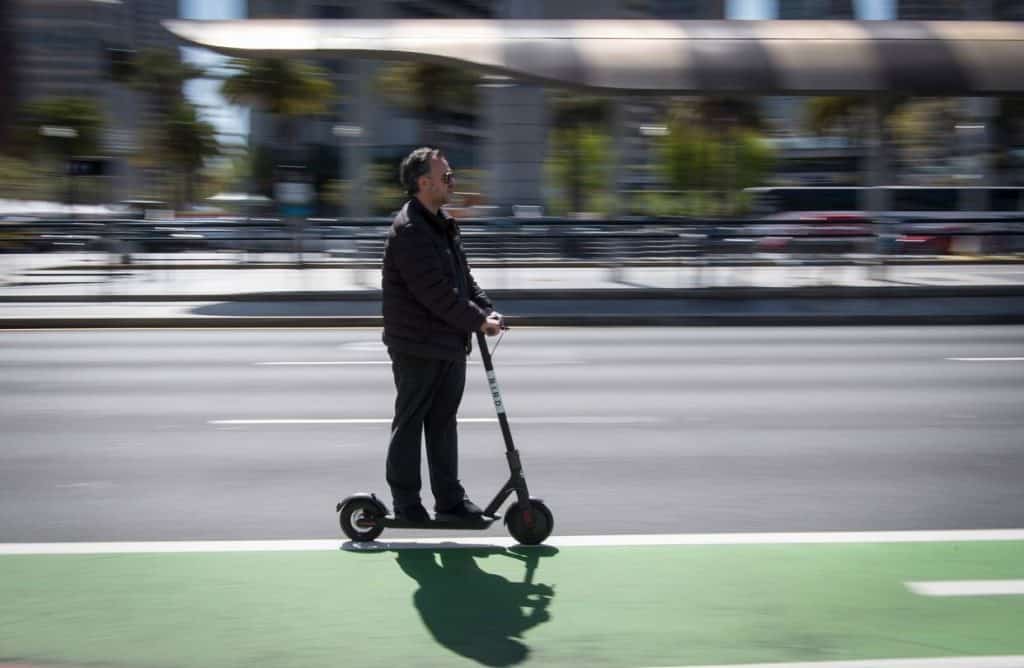 I’ve always been a sucker for a good scooter ride. Usually, my weapon of choice was an ankle-breaking Razor, but now we’ve been gifted the adult version. Companies like Bird and Lime have taken the metro areas of the United States by storm. It’s basically Uber but with scooters. You download their app and it will show you where a nearby scooter is. You’ll go find it, hop on, zip on your way topping out around 25mph, get to your stop and then leave the scooter wherever. You pay for your scooter usage by the minute and it’s all done automatically through the app.

It’s an efficient, cheap, and super fun way to get around cities. There have been huge investments by companies like Uber into scooter companies, so we know they’re not going anywhere anytime soon. 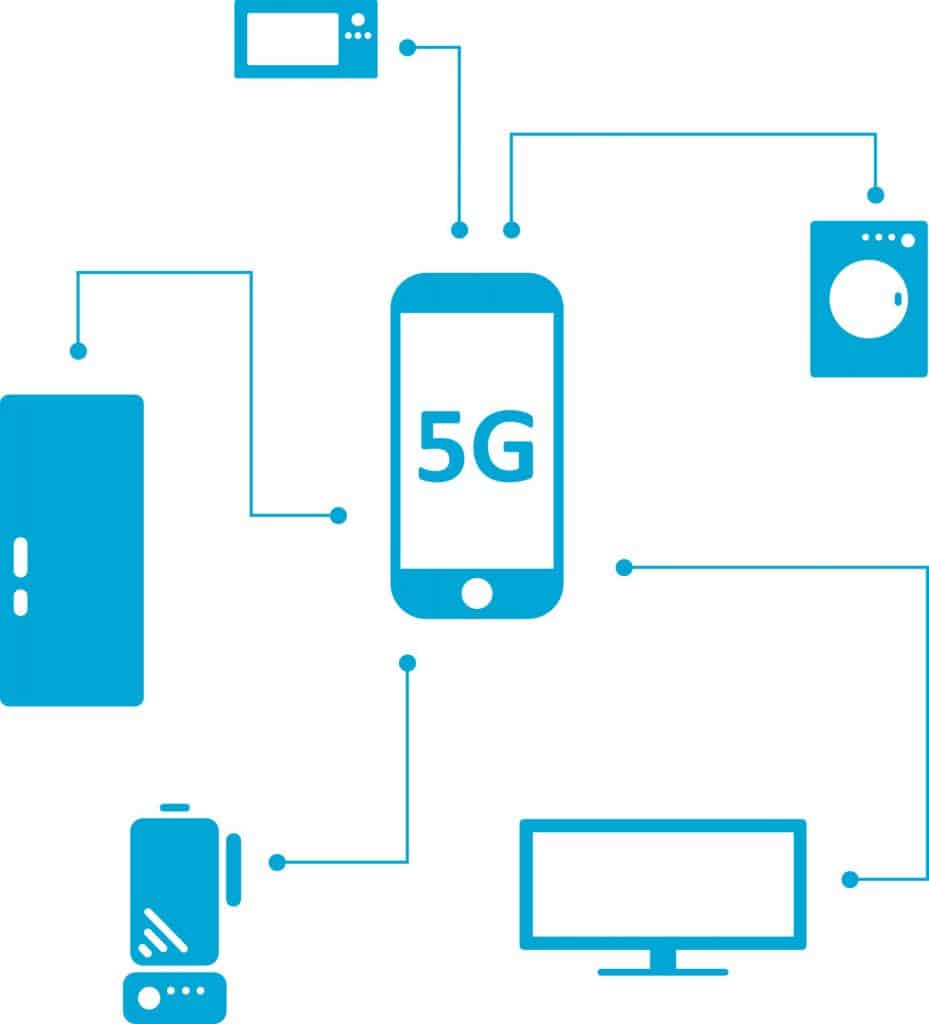 If you’re like most people, all we know about 5G is that it will let you open Pokemon Go faster so you can snag that passing Poke Stop while at the stop light. In other words, we all know it will make our phones faster, but what it is? And when can I get it?

The G simply stands for generation. So it’s just the next step in mobile internet abilities. 5G is going to bring faster internet speeds, have less latency (make things more responsive), and will allow for you to connect more devices like smart devices and other sensors. 5G is still in the very early stages but in 2018, Verizon made the first commercial 5G systems available in a few cities for residences. We’re still really a few years out before 5G will become commonplace but 2018 was a huge step in that direction.

Emoting in at number two is this worldwide craze. I’ll floss to that! 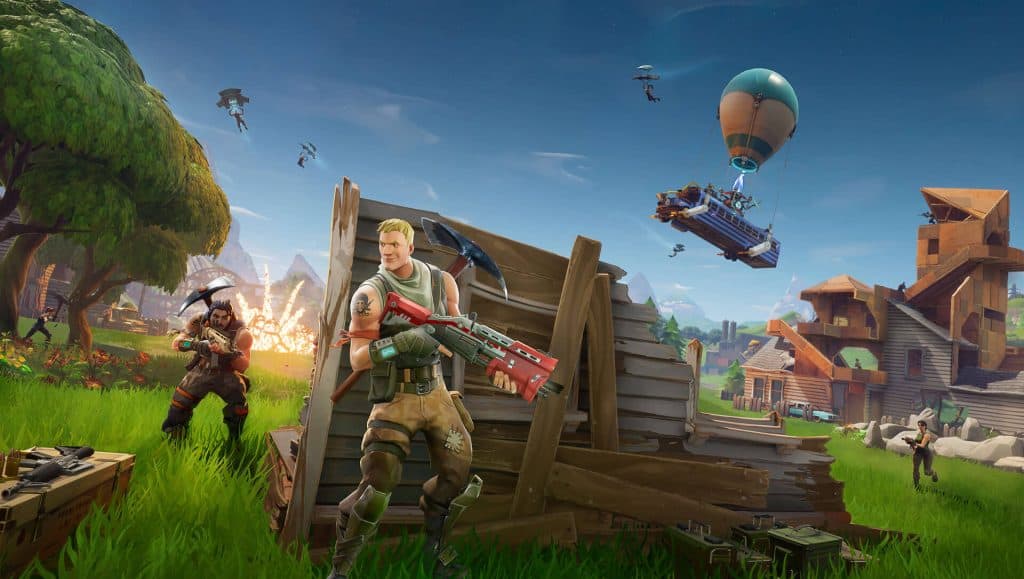 If you don’t know what Fortnite is you need to stop reading books and get online more like the rest of us. Fortnite has become the most successful free to play game of all time. Fortnite existed before 2018, but they changed their game around and it completely exploded this year! From emotes to flossing, and so much more, Fortnite has cemented itself as a cultural icon that has infected the entire world.

Why did we put it as number two? Because we wanted to. If you’re free, want to hook up for a doubles battle later? We’re on PS4, Xbox, and Switch. 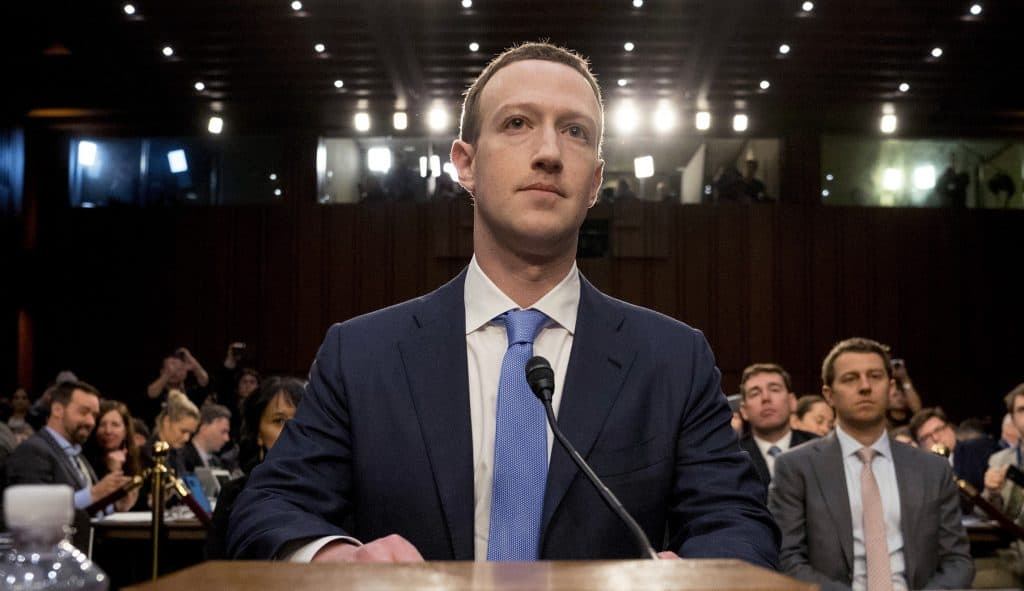 Ah, number one. Up until this year, everyone has just let companies like Facebook, Google, and Twitter do whatever they wanted. Well, those days are gone. A special Senate committee requested that leaders from all three of these major companies appear before the committee to discuss privacy issues online and what responsibility these companies have to protect people’s information.

For those who watched the hearings, there were some painful moments where people like Zuckerburg had to explain to the out of touch senators how the internet and advertising works. Nevertheless, the reality is that these companies, and many others, will have a much closer look from big brother into all they do.

Amid all of the privacy issues and concerns that Facebook had this year they lost over $119 billion in value. Is this the beginning of the end of the social media pioneer?

Should we be excited about these actions or worried about what they might lead to? It’s too early to tell.

What did you think of our list? What do you think should have been number one? Let us know by reaching out to us on our website here.

Do you want to learn more cool stuff about tech and hear cool tech stories? Well, Executech‘s got you covered.

If you’re ready to experience world-class service and technology, you can get your free business assessment for IT Services in Seattle, IT Support in Spokane, or  Managed IT Services in Utah or Oregon.